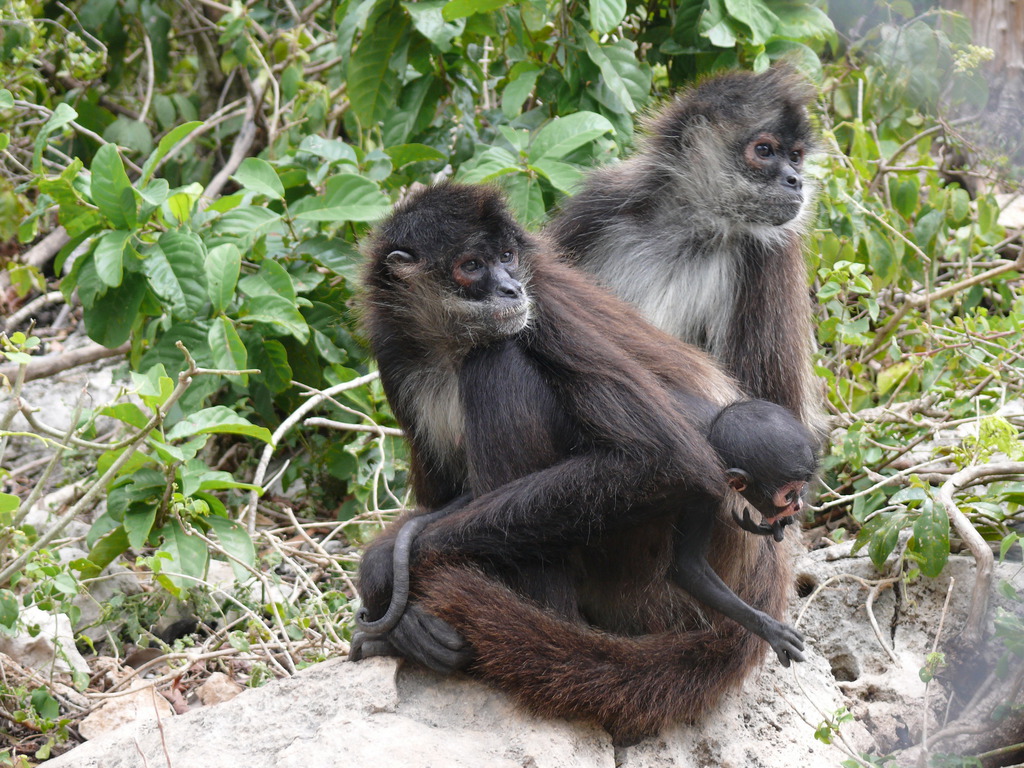 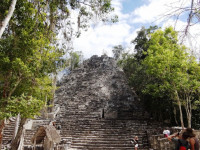 The Maya name was Cob Ha and means muddy water, named after the muddy lagoons close to the site. Coba is the largest and oldest Mayan Ruin site in the Yucatan, with an estimated 6,500 structures dating back to 200 B.C. Coba has the highest pyramid in the Mayan world, at nearly 140 feet ( 42 m ) high, with 120 steps to the top, giving you a fantastic view over the jungle.

Coba is estimated to have had significantly more than 50,000 inhabitants at its peak of civilization, and the built up area extends over some 80 km². The site was occupied by a sizable agricultural population by the 1st century. A series of elevated stone and plaster roads radiate from the central site to various smaller Maya sites near and far. These roads are known by the Maya term sacbe. Some of these sacbes go east to the Caribbean coast, and the longest runs over 100 kilometres (62 mi) westwards to the site of Yaxuna and connects from there to Chichen Itza.

Coba - Grand Cenote Visit the mystical Mayan Ruin City of Coba, only 40 miles west of the Riviera Maya and approx. 115 miles southwest of Cancun, once the biggest an... Full Day Tours 3522 views

Coba - Punta Laguna Visit the mystical Mayan Ruin City of Coba, only 40 miles west of the Riviera Maya and approx. 115 miles southwest of Cancun, once the biggest an... Full Day Tours 10456 views

Chichen Itza - Coba Chichen Itza is visited every day by thousands of tourists. Visit Chichen Itza before the mainstream of visitors get to the ruins and enjoy the peace ... Full Day Tours 3360 views

Tulum - Coba - Grand Cenote Visit Tulum one of the last cities built and inhabited by the Mayans, serving as a major hub for Coba, it was at its height between the 13th and 15th ... Full Day Tours 4860 views
Tags:
Coba

We have 130 guests and no members online